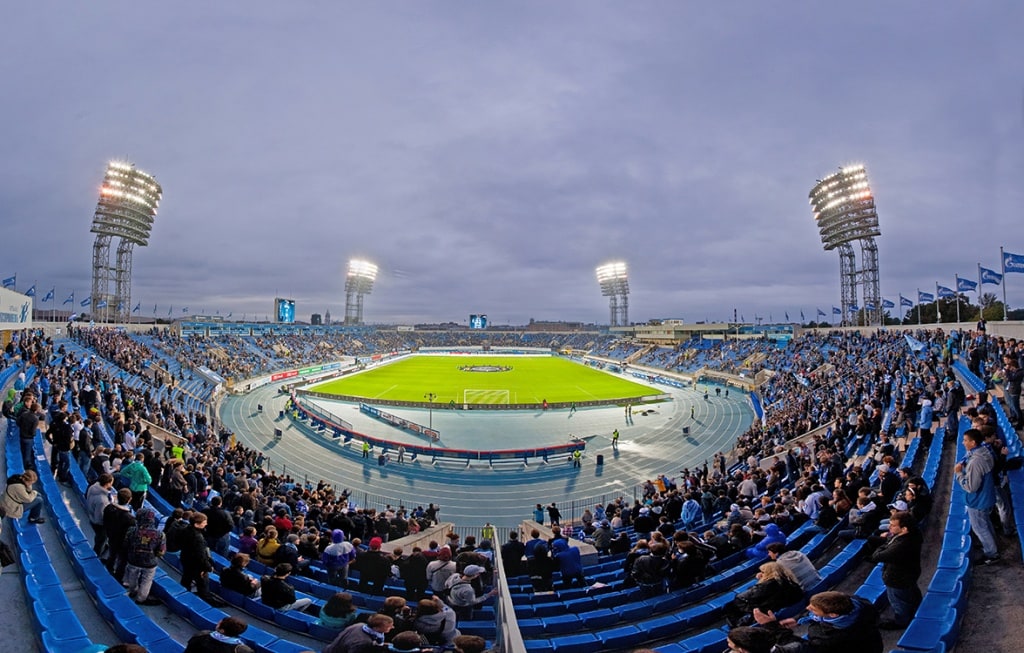 The Petrovsky Stadium is located on the Petrograd Side of St. Petersburg on Petrovsky Isand, in the Malaya Neva River. The stadium is accessible by bridge and was built in 1925. It has undergone several reconstructions since then and the last took place in the 1970s before the Olympic Games of 1980.