The birth of the Gazprom Academy

On 27 May we'll celebrate the birthday of the Gazprom Academy, which was formally known as the Smena School. Let's take a look back on how it all came about.

Zenit’s first encounter with the problem of replacing established players with young stars of the future in the 1960s. Trying to replace retiring players while maintaining a good level out on the pitch was proving a problem, and in 1967 we finished in last place in the USSR championship. Luckily for us, fate intervened and the expansion of the top division to 20 teams meant the blue-white-sky blues were able to avoid relegation, but clearly something had to be done to avoid a similar situation in the future. 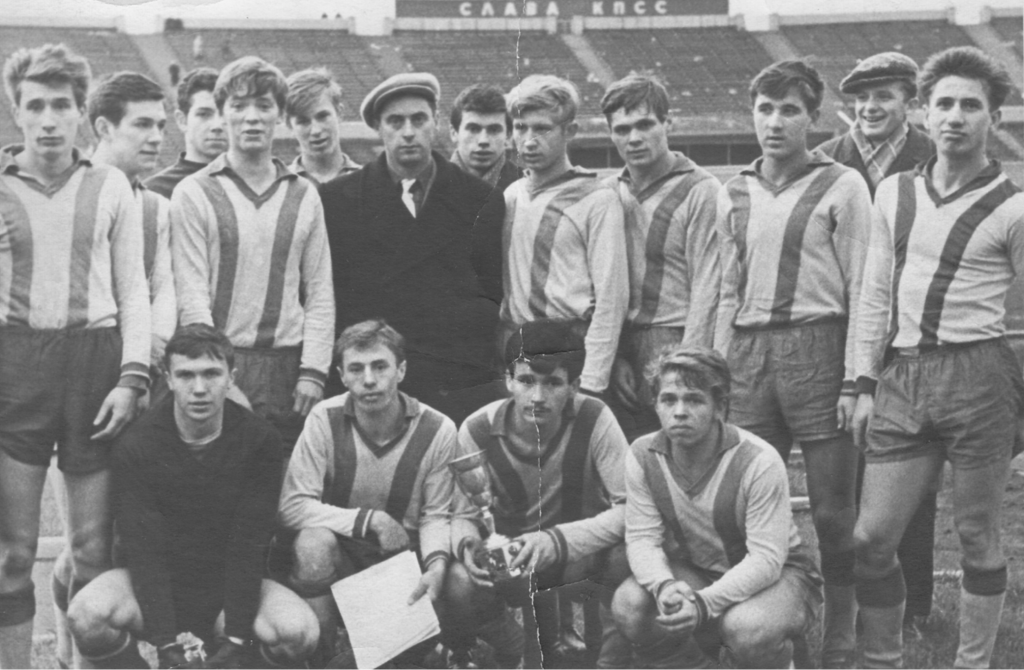 Dmitry Besov (centre) in 1961 with his youth players

Dmitry Besov, living legend of St. Petersburg football and founder of the Smena (Change) School, which we now know as the Gazprom Academy, spoke about what happened back then: “We all met-up on a December day, lots of men we who were used to only wearing tracksuits, football coaches and trainers were there with party officials and the local Soviet leaders. First secretary of the Leningrad party committee Vasily Tolstikov spoke first, he wanted to hear what could be done about the poor performance of the club. Everyone was silent. Then he took out his pre-prepared list of coaches and those in the charge and began to ask them directly what could be done. The atmosphere was very somber and quite depressing. Then he came to me, I was a coach then, but I also headed the children's and youth department of the local football federation. I was quite bold and said what I had been expressing for some time, something I’d even written in the pages of the Leningrad newspapers, that we needed to organise a special football school with strong foundations and a good coaching staff. He agreed and proposed to create exactly what I had suggested. Soon after that meeting instructions came down to create a real, specialised football school. I’d won my case!” 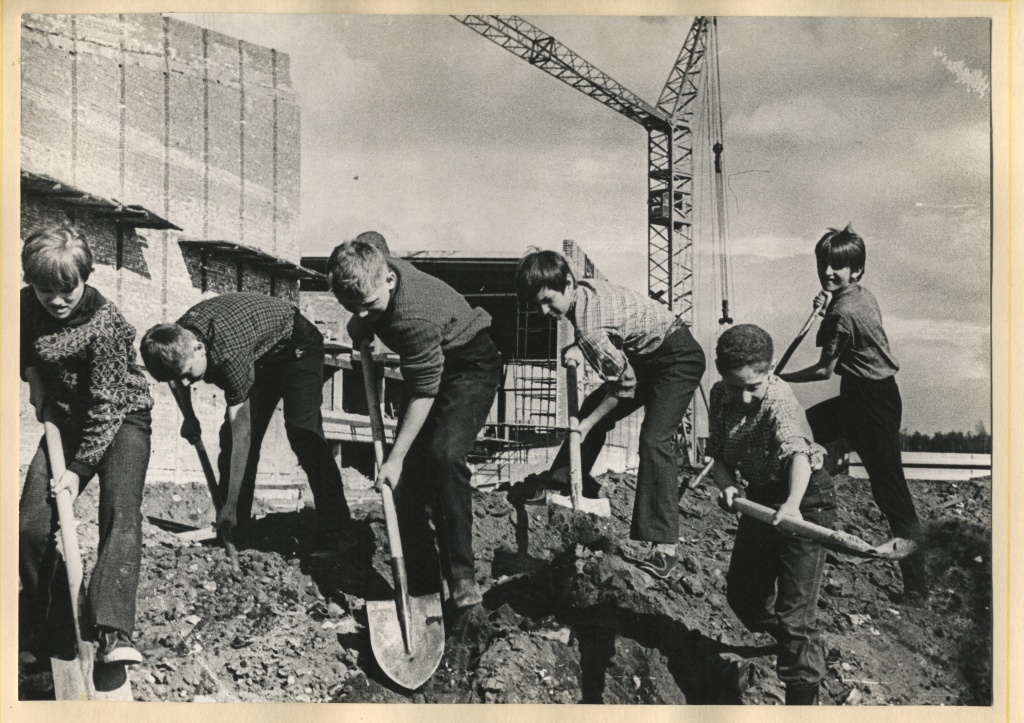 The groundwork is underway with youth volunteers in 1974. Photo: Vasily Kostrovsky.

In January 1968, Leningrad’s leaders officially sanctioned the plan of Besov and confirmed the building of a dedicated youth football school at Zenit’s then training ground. It took four months to work out the details, but on the 27th May the official order was issued and Dmitry Besov was appointed as director of the school, he himself decided on the name of Smena (Change).

In 1970, it was decided the school needed its own grounds and a larger, new sports complex. Initially, four options were put forward around Leningrad, one of them being in Vernosti Street, which in those days was the very edge of the city. The current site of the Gazprom Academy was chosen as the most practicable, as there were no houses nearby and it bordered the forest and marshlands that surround the city. 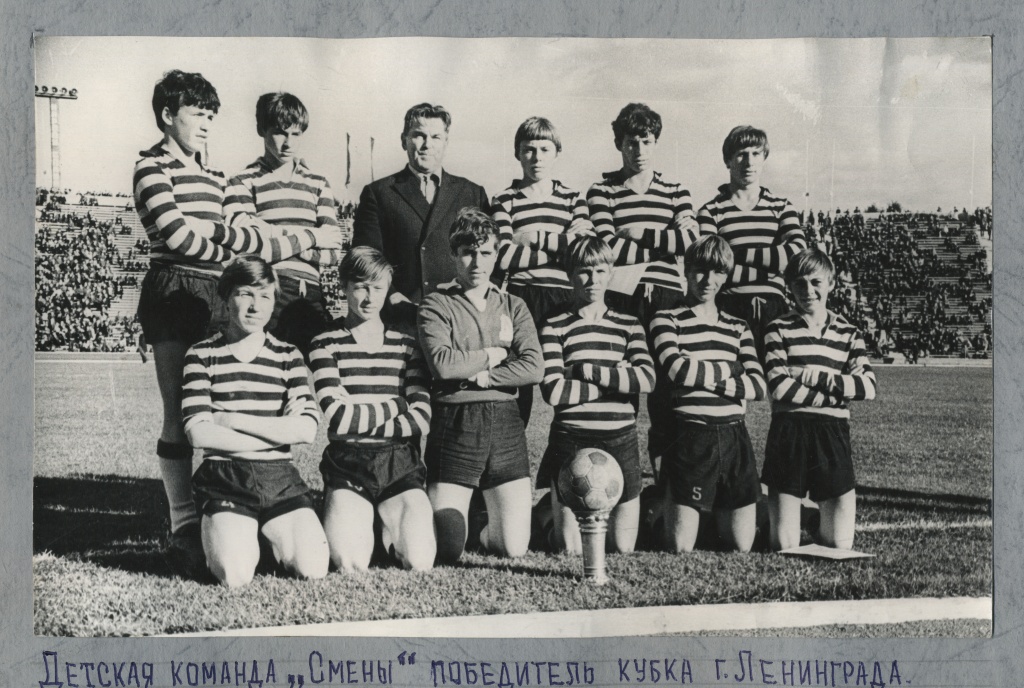 The 1973 Smena youth team with the Leningrad Cup

In 1971, the groundwork for the project was completed and the building work was due to start. However, a huge spanner was thrown into the works when the city council decided to cancel the project and move the football school project to a standard sports school in the centre of the city. The suggested school on Vasileostrovsky Island had just won a Lenin Komsomol Prize for its efforts and more importantly, would be much cheaper. The plan was for the money saved to be used to build a vegetable warehouse.

Undeterred Dmitry Besov fought for the projects survival and arranged an open meeting with the city’s executive committee. The conference seemed to be going the way of the opponents of the project, until Vladimir Kuskov, the former Soviet footballer, Honored Master of Sports and now Leningrad youth football coach, who was then already in his seventies, delivered an emotional speech that won the day. He told the officials; “I was hoping that I would live to see with my own eyes our kids playing their favorite sport in decent conditions, it seems fate will not allow this... ” Kuskov left the hall in tears as the meeting was brought to an abrupt end. A few days later it was announced that the head of the executive committee now supported the original plan and construction resumed. 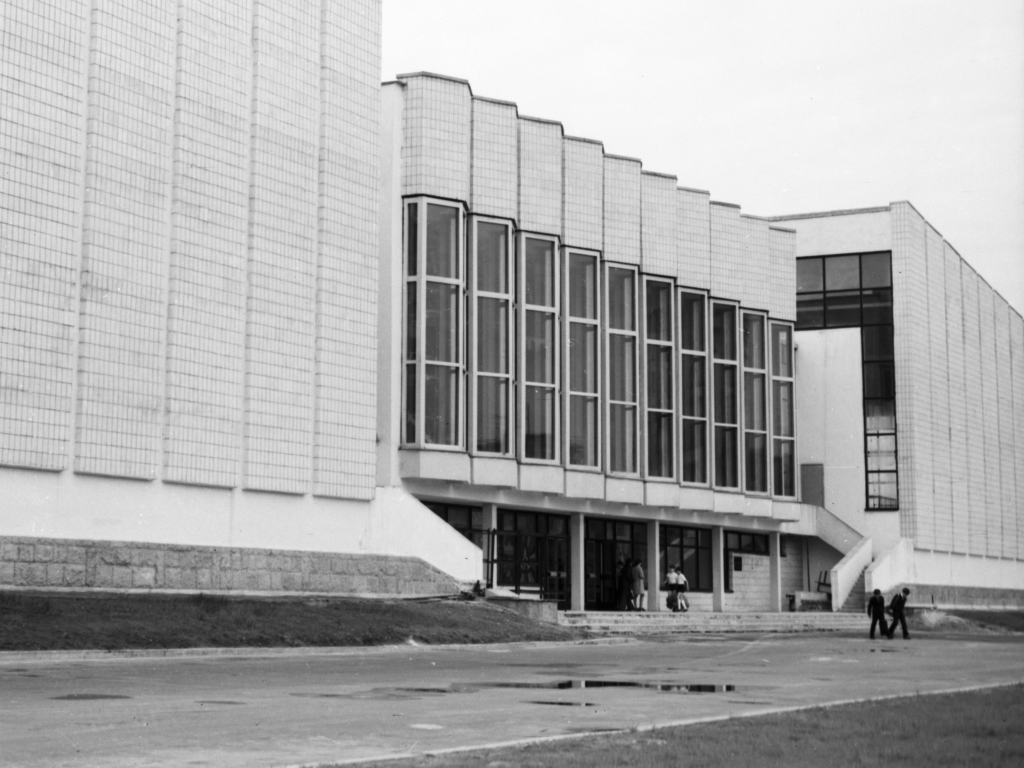 The complete Smena School back in the late 1970s

The school was completed in the Autumn of 1976 and Vladimir Kusov did indeed live to see kids playing in the best possible conditions and witnessed the grand opening of our Smena School!


×
Do you want to be the first to know the news “Zenit Tickets and Subscriptions”?
By subscribing, you agree to receive the newsletter