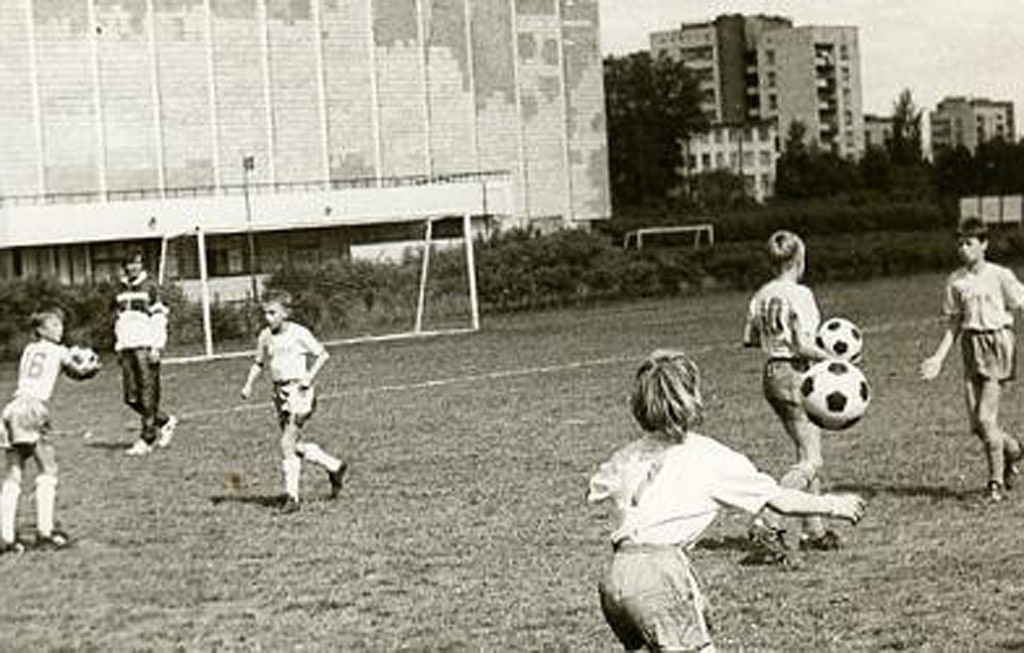 The children’s and youth academy was founded in the summer of 1968. The decision was taken by the city’s sports managers and began providing players for Leningrad in the 1967 season. The school, named Smena or Change was headed by Dmitri Nikolaevich Besov. Besov put in a lot of work and formed the first football educational institute in Leningrad and managed the academy for more than 37 years, working solely for the benefit of St. Petersburg and Leningrad’s football future.

The effort in the early years was considerable and the school’s coaches, unlike modern day players, had to work without any experience of being professionally coached. Smena had no base, nor their own pitch, showers or changing rooms. The coaches had to move from one field to another and use the facilities of other schools and could only occasionally use the pitches at Leningrad’s stadiums during the school’s first seven years. Only the hard work of Mr Besov and the coaches helped the school survive. However thanks to their hard work their dream survived and Leningrad became one of the country’s best football academies in the world.

In 1975, Smena finally got its own base. A large sports complex with its own stadium, there were better conditions than most of the best teams of the Soviet Union had. Gradually updating the coaching staff, they brought in many really good players from Zenit and the USSR national team.

In 1980,six Smena graduates played in the Zenit team that finished third in the league championship and four years later that team won the USSR championship, winning the club’s first league title with ten players from the academy. In 1994 Smena graduate, Oleg Salenko won the golden boot at the 1994 World Cup in the USA.

In 2007 under Vasiliy Kostrovsky, Smena began a complete reconstruction of the Sports School and a new arena. The new stadium is being constructed in the English style with room for a thousand spectators, older building are also being reconstructed. On 1st July 2009 the school officially became part of Zenit, becoming the Zenit Academy.