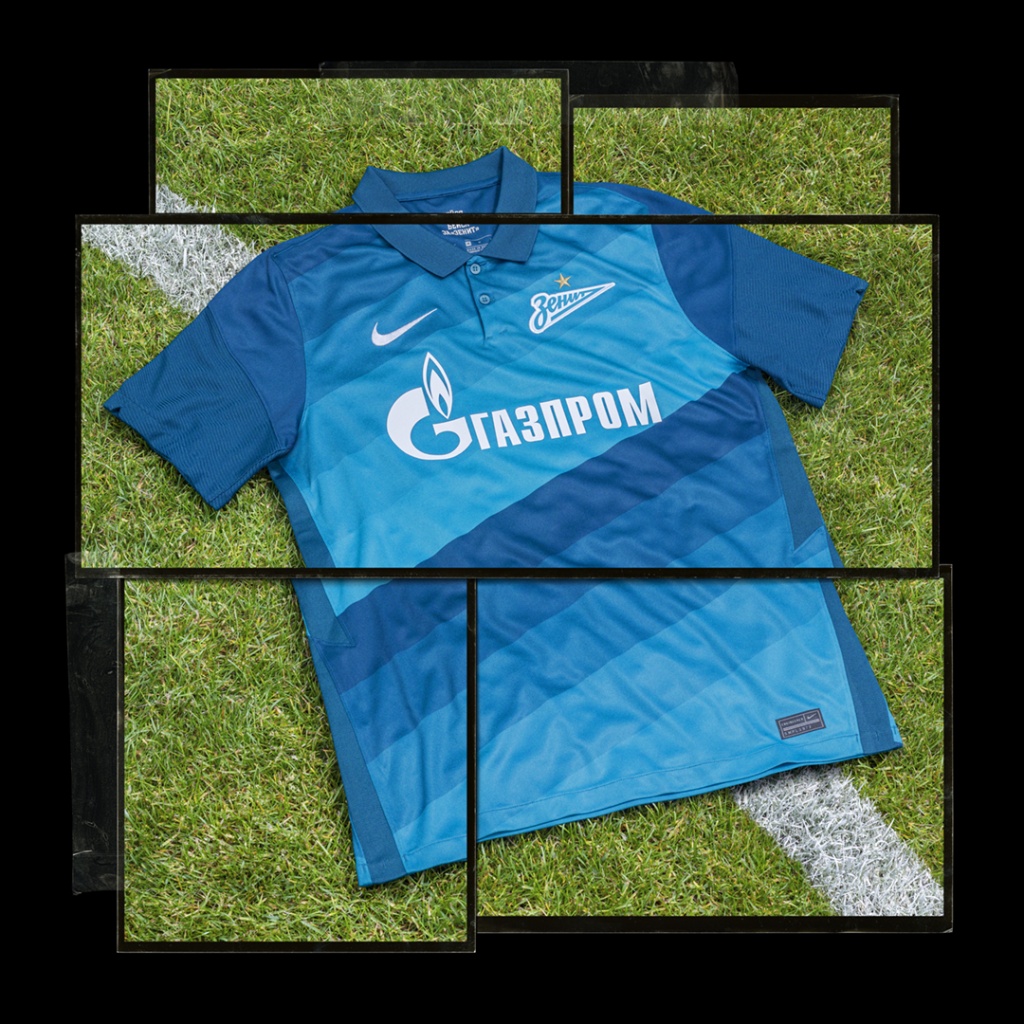 All the club's traditional colours are represented in the new Zenit home kit, from blue to sky blue. Our home shirt is a call back to the legacy of kit design from yesteryear. The new shirt was inspired by the strict, clear design style of the 1950s from the last century. The kit perfectly matches the atmosphere and image of St. Petersburg, the cultural capital and one of the largest seaports in Russia. All of this is reflected in the colour scheme that echoes our marine aesthetics. 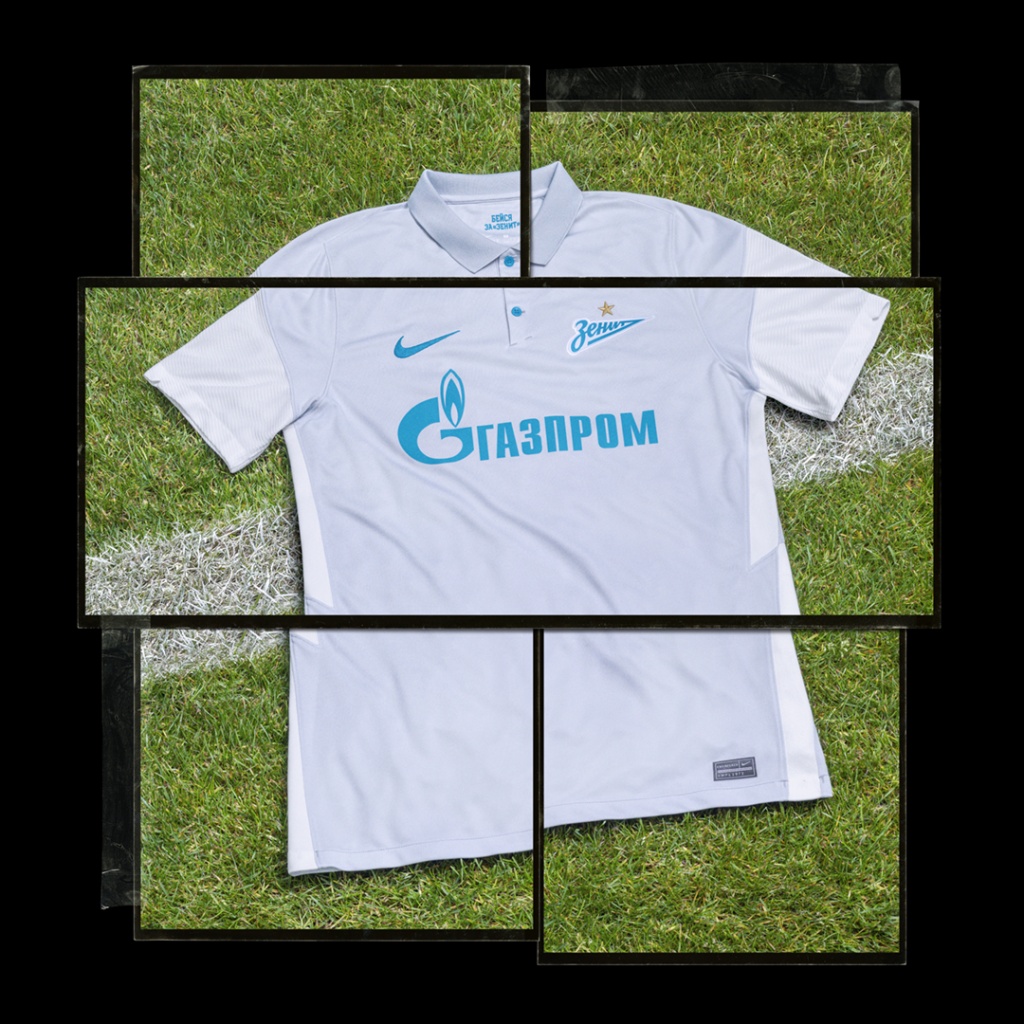 The away kit of the six-time champions of Russia has been given a new shade. For our away games in the 2020/21 season, the team will defend the honour of the city in light gray tones.

All our kits are designed with Nike Dri-FIT Technology to help moisture evaporate, so the shirts, shorts and socks stay fresh and dry for longer, keeping the players comfortable during the most intense workouts.

The 2020/21 season kits are available now on nike.com and en.shop.fc-zenit.ru as well as in official Nike and Zenit club stores.

Stalinets, the team which preceded Zenit, played in light blue, green, and white colors, although the Stalinets team didn`t have any official club colors due to the problems with supplies of kitss for professional sports teams in the Soviet Union. Thus Stalinets players came onto the field not only in blue, white, or light blue shirts, but also in yellow or even red kits.

In 1940 the team got its first logo, which featured the famous arrow symbol.

Numbers appeared on players` shirts in the USSR from 1946.

Zenit chose two colors for the team in the 1970s, producing team flags featuring the Zenit arrow in a blue color on a white triangle.

The arrow took on a more modern shape in 1978. The word Zenit (in blue and white) was written into the arrow with straight lines, while the letter “Z” was bigger than the rest, to open the arrow, and the letter “t” was used as the arrowpoint. This arrow is considered among fans to be the classical team emblem, and is often used on Zenit items.

The whole idea of being loyal to the team`s colors was a very ambiguous concept: Soviet industry didn`t work on football design, and it was very expensive to create kits on order. So the team played in whatever the club administration could get.

Zenit fans were the ones who made the club`s scarves three-colored: blue, white, and sky blue. This was done to differentiate Zenit from the many other white-sky blue teams in the USSR. As a result Zenit became the first team with three colors in the Soviet Union.

After Leningrad was renamed St. Petersburg, the corresponding changes were made in the team`s logo. However, on the field the blue-white-sky blues started to play in kits without the additional decorations, the historical period demanded that Zenit work on its pitch activities rather than on its emblem.

Zenit brought order to its club items when it returned to the top Russian division in 1996: The blue-white-sky blues started coming on the pitch in shirts with the official club emblem – an arrow, a ball, and the golden ship of the Admiralty, with the words St. Petersburg Football Team written in a circle around the emblem.

In 2001 Zenit became the first team to come on the field with players` names written on the back.

Golden shirts were produced in a limited amount “in order not to jinx” the team before the final of the 2007/2008 UEFA Cup in Manchester. Zenit players put on the gold shirts after their victory in the UEFA Super Cup in 2008 in Monaco, as well as after the Zenit Youth Team`s championship in 2009.