Main Fans The most popular club in the country

The most popular club in the country 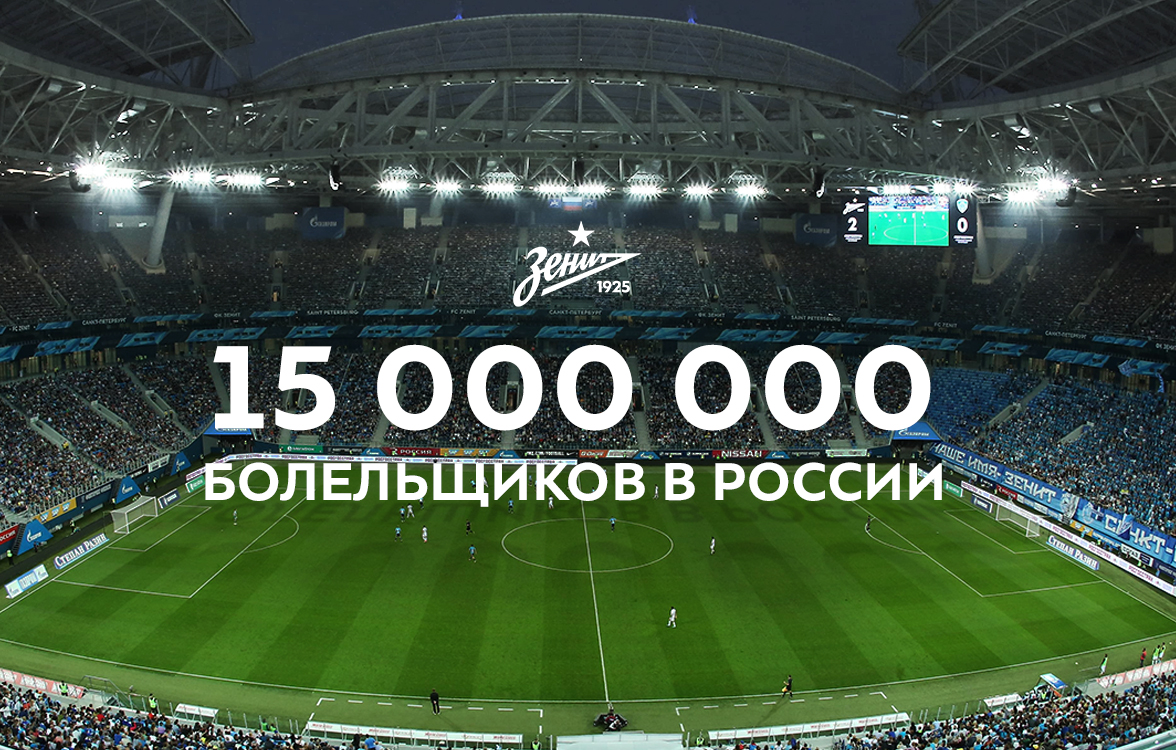 Nielsen Sports conducted a global study among football fans from 15 countries in 2016. The results of this survey showed that Zenit have a worldwide fanbase exceeding 15 million people!
Two years earlier, the same agency conducted a similar survey within Russia and the results showed that 24% of the total population of our country are blue-white-sky blue fans!

The Levada Centre came to a similar conclusion in 2013. The All-Russian survey took place in May of the same year and showed that 11% of Russians interested in football back Zenit followed by Spartak Moscow on 8%, Dynamo Moscow and CSKA Moscow on 7% and the remainder of teams on less than 2%.


Zenit have also been proven to be the most popular Russian club in all of the country's federal districts except the Central ones. In cities with a population of more than a million people, Zenit are top in St. Petersburg, Nizhny Novgorod, Rostov-on-Don, Saratov, Ufa, Yekaterinburg, Omsk and Krasnoyarsk.

In the 2017/18 season, Zenit set a new record for domestic football with more than 1 million spectators attending Zenit home games at the Gazprom Arena.