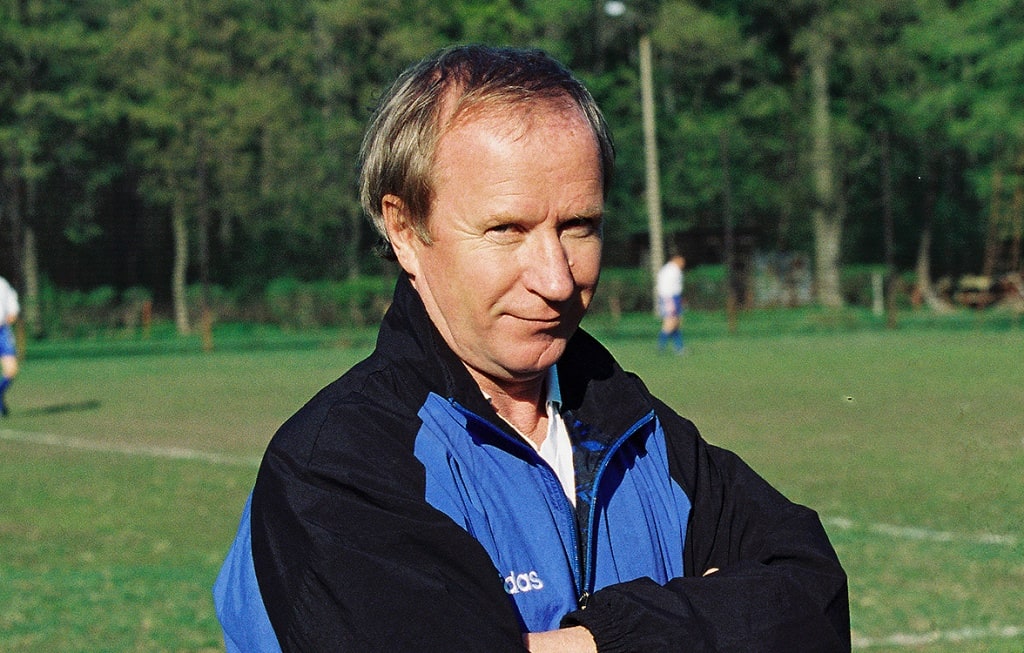 Pavel Sadyrin was born on 18th September 1942, in Perm. He started playing football in the local team Zvezda, and was invited to play for Zenit in 1965. Sadyrin played 11 seasons in a row for Zenit, featuring in 333 matches. A central midfielder, Pavel Sadyrin was rather short, a bit thin, but very quick and strong, with exceptional endurance. He was also a very responsible and dedicated person, and was an indisputable authority both on the field and off it. Sadyrin wore number 6 and was chosen as Zenit’s captain in the 1970’s. He led Zenit onto the pitch right up until 1975, when he finished his playing career. “Zenit would be an ideal team if it had 11 Sadyrins on the pitch,” newspapers wrote about him.

Sadyrin’s career as a player ended all of a sudden in 1975. The reason was entirely usual, his personal differences with head coach Zonin. Having a higher pedagogical education (from Perm Pedagogical Institute) already, Sadyrin nevertheless decided to commit his life to football, and entered the newly opened Coaching High School in the beginning of 1976.

Yury Morozov took the “fresh-baked” specialist Sadyrin as his assistant in 1978 to coach Zenit’s youth team. The excellent combination of both a higher pedagogical and coaching education quickly brought Sadyrin success. In 1981 Zenit’s youth team won third place in the league for the first time in 23 years. Then, in 1983, after Morozov left for Dynamo Kiev, Sadyrin became Zenit’s head coach. Just a year later Sadyrin’s Zenit destroyed Morozov’s CSKA Moscow, relegating the Army men to the second tier of Soviet football and making Zenit USSR champions for the first time ever. Unfortunately, those heady days had an effect on both the fans and the team and at the end of the 1980’s Zenit together with its head coach were also relegated to the second divison.

After the poor showing by the CIS national team at the Euro Champs in 1992 in Sweden, Sadyrin became the national team head coach. Despite the coach’s efforts to save a team that was falling apart, Russia’s national team had a poor showing at the 1994 World Cup in the united States. The only pleasant moment from the tournament was that Oleg Salenko set a new world record by scoring five goals in one match against Cameron. In the end Sadyrin came back to Zenit, thrilling the Petersburg fans. The team returned to the top division, and immediately showed its ambition to be a leader in the Russian league. At the end of the 1990’s Zenit’s management looked far ahead, and decided not to extend Sadyrin’s contract, despite the fans’ meeting and manifestations on Palace Square. Sadyrin left for CSKA Moscow, then went to Rubin, and then back again to CSKA. The Army club of the 2000’s was Sadyrin’s team, and won the sympathy of some Zenit fans for this very reason.

In his last match as head coach, Sadyrin’s old club hosted his new club — the two teams that he gave almost his whole life to. Zenit destroyed his current club 6-1, and Pavel Sadyrin, who went to the hospital right after the match, would never return to the sidelines. He died on December 1st, 2001. Sadyrin is buried in Kuntsevsky Cemetery in Moscow.