The Gazprom Arena will hold a Space-themed laser light show

Text: Maria Zolina
Russia's top stadium will see an out of this world show that will include sci-fi movie soundtracks, galactic selfies and more than 2000 lasers creating an amazing event this December.

The Gazprom Arena will present the epic stadium Cosmos show on Wednesday 7 December, the first ever laser performance in the home of the Russian champions.

You will be impressed even before the show starts. The famous Japanese architect Kisho Kurokawa designed the Gazprom Arena in the image of a UFO that had landed on a hill. The unique high-tech stadium is suitable for all kinds of weather and holds the biggest attendance rate in East Europe. Zenit's home will turn into a giant glowing space art-object and a lighting system in the style of a starry sky has been created for the show to make you feel closer to space on the way to the arena.

Inside of the stadium you will see the very latest technology on screens with a total size of 3000 square meters, more than 2000 light devices, multi-level laser system, and all that will create the atmosphere of traveling through outer galactic worlds. There are only 1000 tickets available for each show, which will make this space travel experience even more unique. 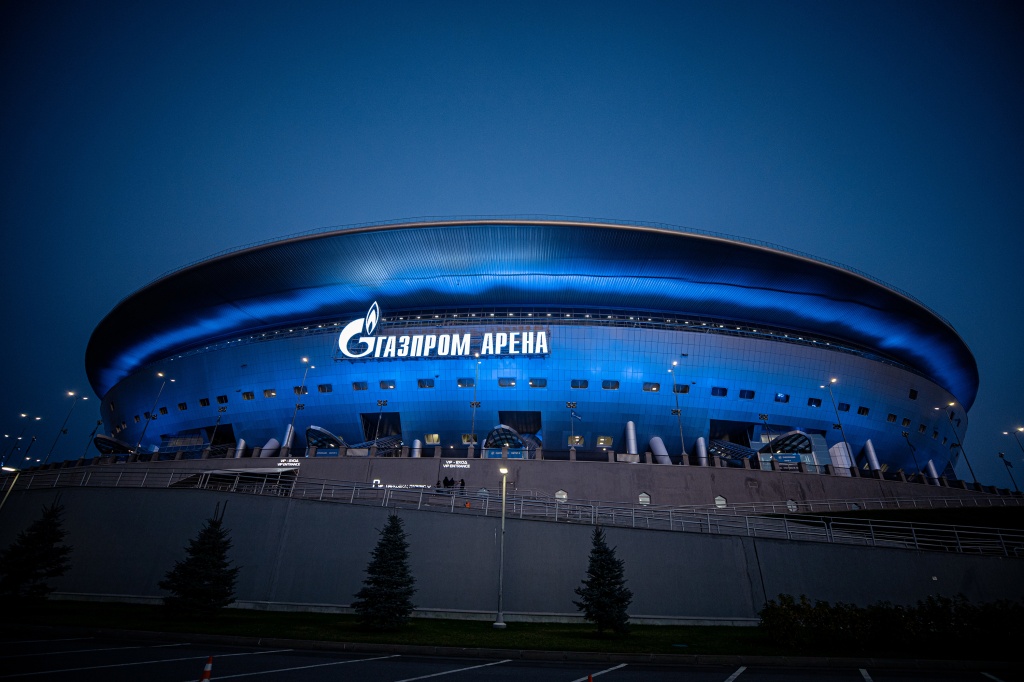 The show playlist consists of songs related to traveling through the Universe. You will hear soundtracks from Star Wars, Armageddon, Guardians of the Galaxy, Dune, Interstellar and other science fiction movies, as well as legendary songs like Space Oddity by David Bowie and Fly Me To The Moon by Frank Sinatra. At the end of the show there will be dance time for spectators to have a space party of their own.

The guests will hear the story of a cosmonaut exploring new worlds and at the same time realizing new things about himself as he travels through infinite space full of mystery. The spectators will join the spaceman on his long journey and experience everything alongside him. 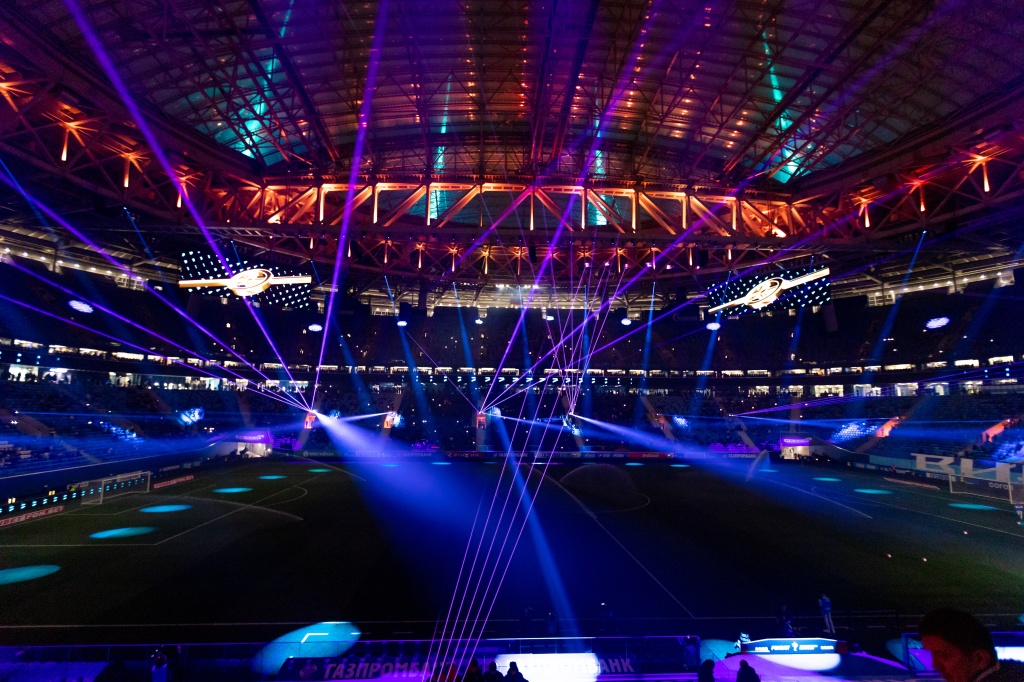 The official voice of the project is the actor Dmitriy Khrustalev as the cosmonaut.

The original graphics and light show were created by the company FoxMotion, the participants of the international light festival who have worked on stadium shows and TV projects. The computer graphics magic is performed by the artists from the Light Logic company, and laser installations are made by the experts from Art Media Technologies. 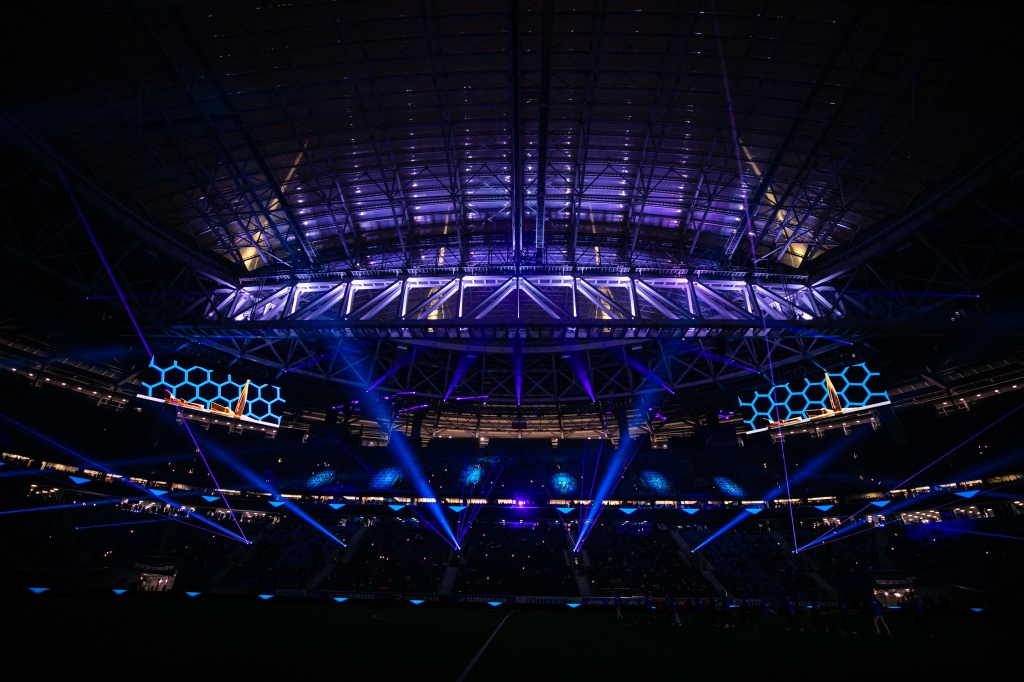 General director of the Gazprom Arena Vladimir Litvinov: “Right now the Gazprom Arena is one of the stadiums with the most advanced technologies not only in Russia, but in all the world. Aside from the retractable roof and pitch there are the giant screens, advanced lighting equipment, and this summer new light and laser systems have been installed, so we’re ready to present you a truly fantastic show. People who were at the evening Zenit matches have already seen the lights of the Gazprom Arena during match days, but we want more people to see what the stadium is technologically capable of.”

Igor Smirnov, project manager: “The key to the show is the combination of sound, graphics, lights and lasers at the Gazprom Arena, and all this is space themed. The stadium’s architecture gave us the idea for the show, and we will try our best to show the possibilities of our UFO-stadium for space travel. Specialists are working on the original graphics and laser show parts specifically for this performance, and I’m sure that it’s going to be a fantastic experience for everyone.”

The guests of the arena will be able to take out of this world selfies, take part in online interactive games, visit the cosmos cafeteria and purchase original project merchandise.

The show will be demonstrated three times a week, and tickets for the high-comfort seats with the best view are already available.

Tickets can be purchased online only starting from 1200 rubles. Children under 14 years old can buy tickets with a 50% discount.


×
Do you want to be the first to know the news “Zenit Tickets and Subscriptions”?
By subscribing, you agree to receive the newsletter