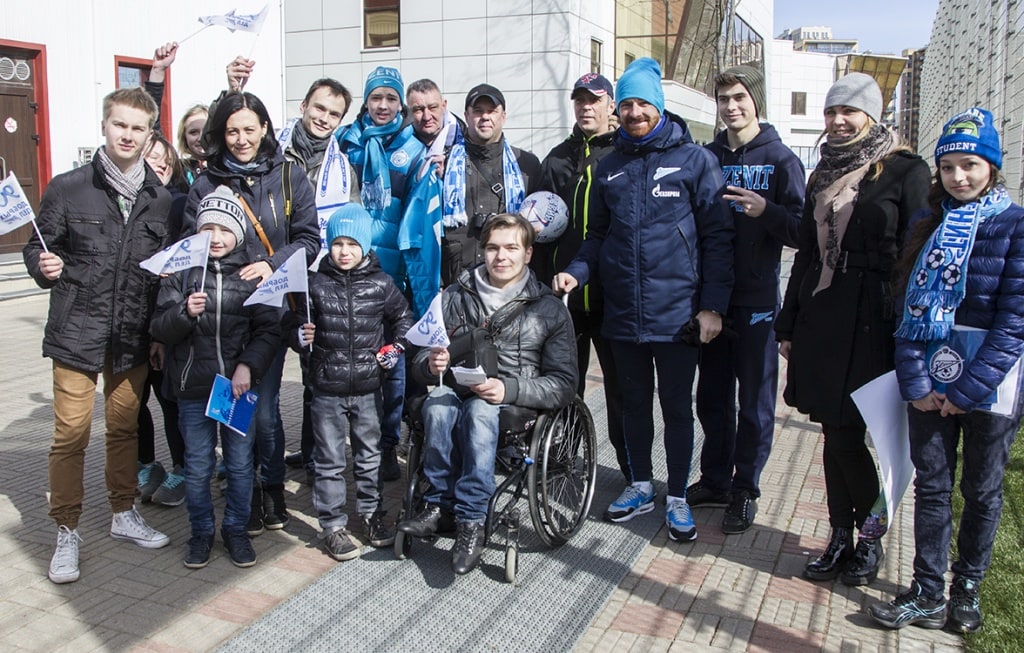 Zenit has become more than just a football club to the city of St. Petersburg over recent years. The club has become a real social phenomenon. People of various nationalities, social status, and confessions are all Zenit supporters. Zenit is a club that unites millions of people together. This fact means that there are millions of people of different preferences and characters, people with billions of habits, all united by a single religion — Zenit.

FC Zenit isn’t just a football team. The team’s players, coaches, and office staff are proud to represent the most famous sports organization in St. Petersburg. All of the club’s personnel know how important the club’s help is to the city — both for St. Petersburg’s youngest children (the “Zenit-Fan” and “Part of the Zenit Team” project) and schoolchildren (the “School Football” project), as well as for adult fans (the “Sports Journalism School”, “Zenit against Racism”, and “Zenit Veterans” programs). Quiz shows for schoolchildren and football tournaments for the club’s supporters from all over the world are just a small part of the events that are organized with Zenit’s support.

All the news
×
Do you want to be the first to know the news “Zenit Tickets and Subscriptions”?
By subscribing, you agree to receive the newsletter